The Volkswagen Type 2 Split Screen is instantly recognisable thanks to its popularity during the counterculture movement of the ’60s. It did however, also serve a more sober, but vital role in transporting goods and cementing the social fabric of communities. As a forward-control cargo or people carrier, the design became ubiquitous due to its almost box-like packaging which along with its durability and parts availability has remained in the minds of the public.

This van started life as a nine-seater and may well have had a colourful life back in its home country. The VW has been with the current owner since the start of 2019, having been imported into the UK from Brazil in late 2017. All registration and license plate documents have been cleared and it is road legal for use in the UK. What followed was a complete overhaul of the van by its current owner, who chose this vehicle due to its solid base and suitability for a novel but sensible conversion.

As a nine-seater, the insurance was in a high premium group, qualifying as a mini-bus so the owner used this as a basis to re-evaluate and essentially redesign the van.

The interior has been completely refurbished and replaced with a new seating arrangement, along with a full-length fabric sunroof, kitted out with a fridge and entertainment system. The current owner and his former business partner have spent in the excess of 25K getting it up to this high level of specification, with a view to making the VW work for a living as a wedding vehicle.

The interior is the main focus of this particular Volkswagen Split Screen Van, offering a tastefully furnished solution which has been carried out to a high degree of thought and quality. The rear deck is laminated with wooden floor tiles with an additional 12V supply plug fitted. The rear deck also accommodates the Pioneer speakers. The ‘cargo’ area of the vehicle is decked with cream vinyl seating and complementary blue trim laid out in a social arrangement, finished off by decked wooden flooring. There is also a mini-fridge (Prosecco presumably free with the van? and entertainment system. There is also an additional power source, with USB ports in the seated area too.

The van is structurally in excellent condition. Prior to the restoration, the overall presentation of the van made it the vehicle for the owner to use as a basis to improve on. Both back and front panels have been renewed or replaced., with a whole new cabin floor installed. There is no unsightly rust spots, just a few marks on hinges and door sills which are generally surface markings. The engine bay is structurally solid, with the same standard of condition running underneath the van. All the panels are straight with no major blemishes or marks. Wheel arches, inner wings and sills are all in solid condition. The point finish is true and has excellent coverage with no signs of overspray matting.

The van also comes with safari windows, which are a useful and attractive focal point to any Split Screen VW. The external fittings such as bumpers, chrome hub caps and trim are in good condition. The headlamps are new items, with the indicators and rear UK spec lamps showing minor signs of age but are fully functional. The additional front spot lights give the van a slightly more purposeful look.

Typically for a vehicle approaching 60 years that has been subject to a major overhaul, One would not expect the original engine to be fitted. However, the 1,493 cc air-cooled engine is in excellent condition and has been reliable for its short test runs and starts up literally on the press of a button. The overall positive condition of the engine and its core components should testify its internal condition. There is also an automatic engine bay fire suppression system connected to the engine for peace of mind. 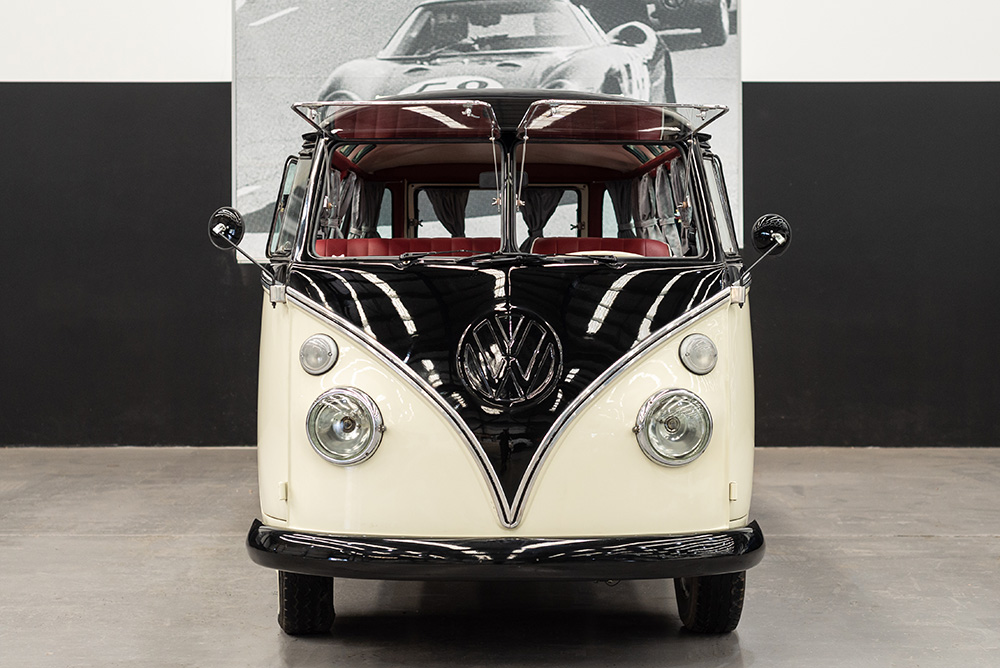 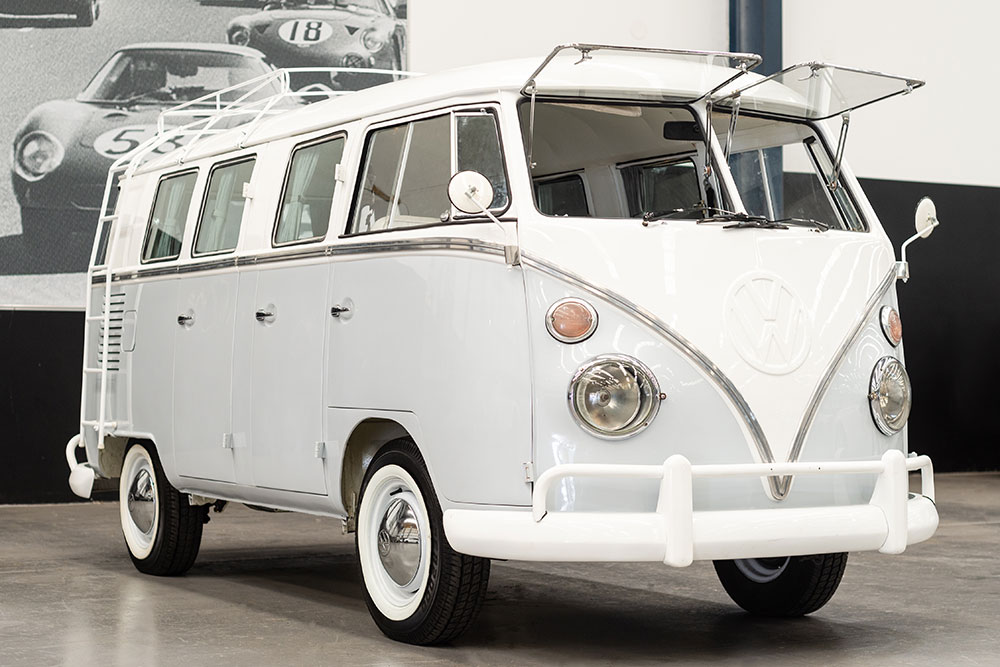 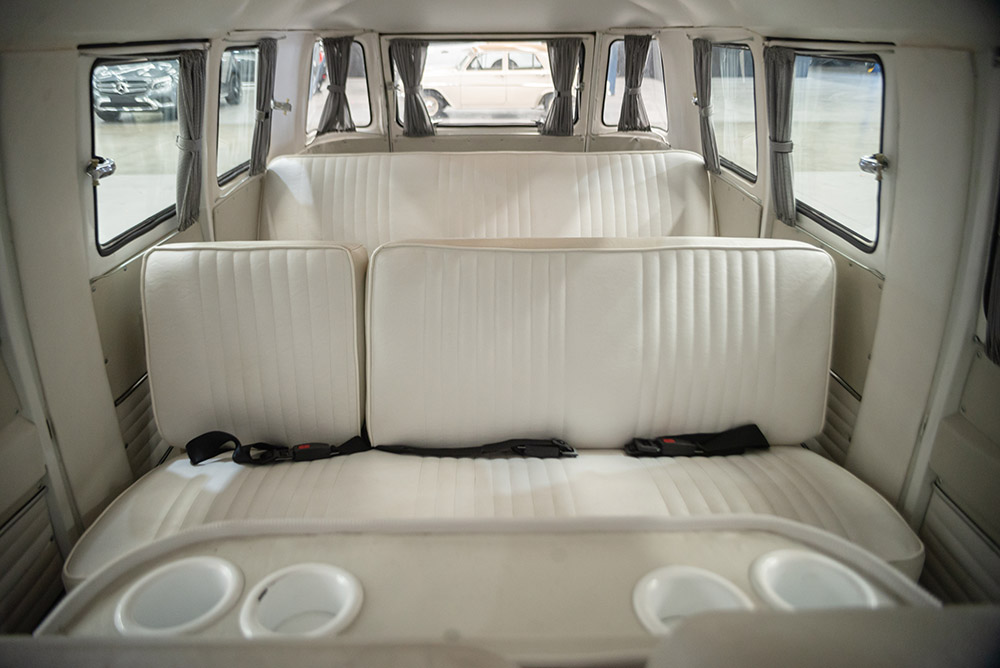 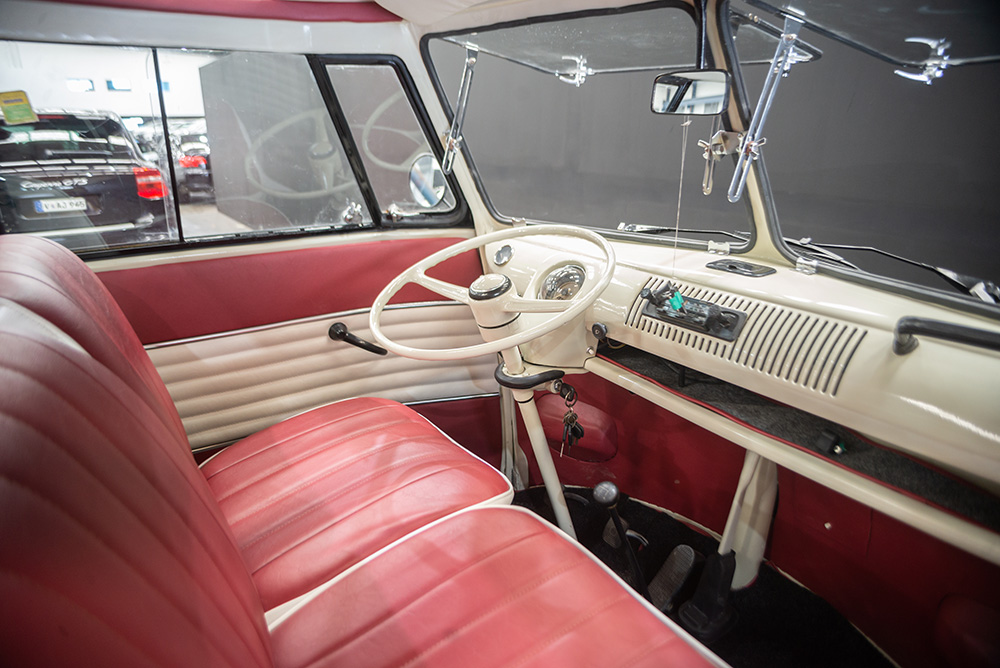 Some might call us Kombi obsessed, but look at thi

Have you ever seen this stunning pale blue on a Ko

Here are some of the experiences with our Kombis!

These Kombis are ready for an adventure! 😎 Wan

Camping trips made even better! Step up your campi

This is us dropping hints for an activity to do wi

Make the most of your trip with a Kombi van. It's